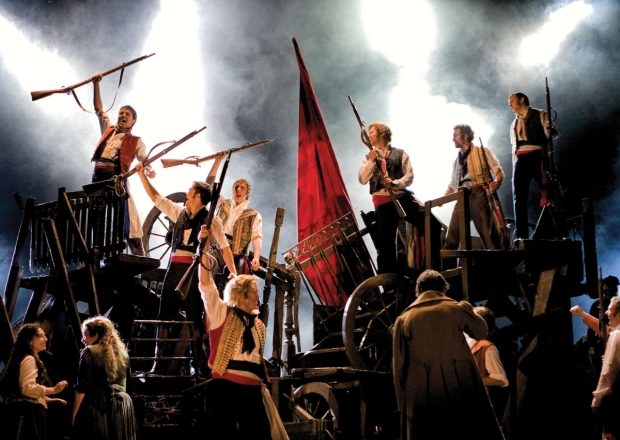 There are countless reasons to visit the UK. From the mystery of Stonehenge to delight of riding in a bright red double decker bus, there is never a shortage of things to see and do in the United Kingdom. One of the biggest trends is to visit the UK’s most famous locations people have grown to love from their favourite televisions shows. The growth in popularity of shows filmed in the UK has led more people to want to experience the magic in person. Here are television shows you should celebrate during you visit.

Perhaps no show has spread in popularity quite like Doctor Who. Since 1963, “the Doctor” has been traveling across the miles and time within the UK helping others. With a 13th incarnation of the doctor set to premier, even more people have become excited by the world of Doctor Who. This extra-terrestrial being from the planet Gallifrey has certainly put a whole new perspective on immigration to the UK. Using time travel, the show provides captivating insights to events and locations from throughout the country’s history.

There are endless places to explore, depending on which episodes and seasons of the show you love the best. Pictures in a classic blue police phone booth are a must. Who doesn’t hope the phone booth around the corner is secretly the Tardis and the key to traveling the universe?

This show, set on a fictional Yorkshire estate, takes place between 1912 and 1926. The well-written characters and the depiction of the impact of historical events in the area captured the hearts and minds of people from around the world. The show was filmed primarily at Highclere Castle in north Hampshire. This 5,000-acre country estate was used for the exterior and many of the interior locations for the television show. The home was extensively renovated from 1839 – 1842 in the Jacobethan style that was popular at the time. The building is an excellent example of the Victorian revival in architecture that took place from the late 16th century through the early 17th century. Lucky for you, tours through the castle and grounds are available at certain times of the year. Be sure to check their schedule before you visit.

There has been renewed interest in the reign of Queen Elizabeth II and the upcoming royal wedding is sure to intensify fascination with the UK’s Queen. The television show, The Crown, captured the public’s desire to learn more about this long-ruling monarch. The series begins during the early days of the Queen’s rule and it reveals dramatic details about her private life and the lives of other members of the royal family.

Much of the series is shot inside television studios but a variety of different settings were also used within the UK. Since the show was unable to film within the royal buildings, Lancaster House, Wrotham Park and Wilton House were used to take the place of Buckingham Palace. Westminster Abbey was replaced with filming at Ely Cathedral. For fans of The Crown and the royal family, visits to see the exterior of the royal palaces and other filming locations are a must for any travel to the UK.

Travel the UK & Visit Venues from These Popular TV Series

A trip to the UK gives visitors a chance to walk in the footsteps of the TV stars they love. Don’t miss a chance to visit locations from these popular shows.