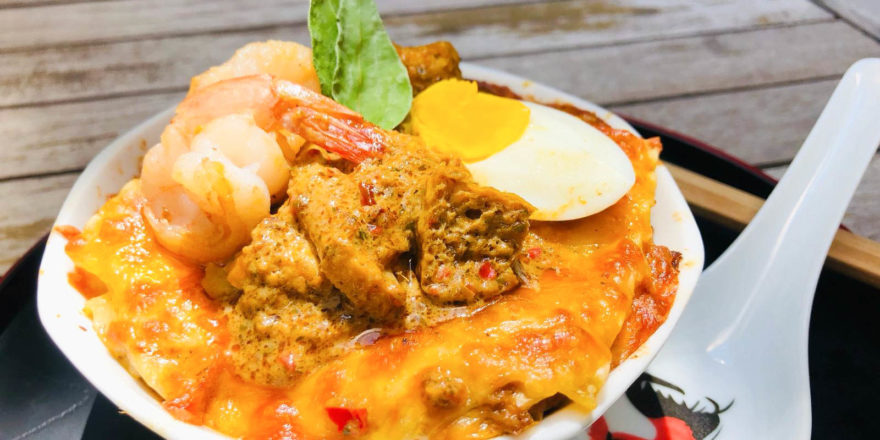 6 Meals Not to Be Missed in Singapore’s Iconic Chinatown

Singapore is a country that loves to eat, and how could anyone blame them? The level of access to good, cheap food is so high here that you could be dining like a king on a shoestring budget every single day. Nowhere is this truer than in Chinatown, where you couldn’t take ten steps in any direction without coming across something that looks or smells heavenly. Read on for the meals we think you shouldn’t miss when you visit:

Only in Singapore can you have a Michelin-starred meal for SG$2. Chef Chan Hong Meng has been slinging out his signature roasted soya sauce chicken rice dish out of a stall in the Chinatown Complex Food Centre since 2009. Hawker Chan, as the place and its owner are more popularly known, has since opened another location on Smith Street in Chinatown and two other outlets elsewhere in Singapore in order to keep up with the demand. You may opt for noodles instead of rice with your chicken, or try the chef’s other specialties: roasted pork, char siew, or pork ribs.

Singapore’s favourite breakfast is an unassuming small plate of toasted bread slathered with butter and kaya spread in between. Most have it with soft-boiled eggs, the Straits-style coffee called Kopi-C, or tea. It’s the spread that’s the star, made creamy and sweet with coconut and caramel and laced with the scent of pandan leaves. Ya Kun Kaya Toast is an easy choice when it comes to picking up this treat—the coffee stall has branches all over the country. Coming from any of the hotels in Chinatown, Singapore though, head instead to Tong Heng Pastries for breakfast, where they make a phenomenal kaya toast omelette that’s sure to fuel you up for a full day of sightseeing. While you’re there, pick up some of their egg tarts, widely considered to be the best on the island.

This Teochew version of a fresh spring roll features a paper-thin skin made out of wheat flour that holds a combination of juicy prawns, Chinese sausages, eggs, shredded vegetables, and peanuts. It’s often served with sweet hoisin sauce and is a convenient on-the-go snack that fills you up without being too heavy. The ladies at Ann Chin’s stall over at the Chinatown Complex Food Centre make them with motherly love and care, or you can stop in at Glory Catering at East Coast Road for their pork-free version, wrapped in egg skin.

This being Chinatown, you would be remiss if you didn’t have dim sum at least once. Zhong Guo La Mian Xiao Long Bao serves incredible handmade soup dumplings and noodles at reasonable prices from their accessible location at the Chinatown Complex Food Centre. For a slightly more upscale dining experience—and just really good Peking duck—head over to Spring Court at the heart of Chinatown. They also serve a to-die-for claypot chilli crab, a homerun among locals and tourists alike.

The dish’s name doesn’t particularly inspire excitement until you see how they do it at Lian He Ben Ji Claypot. Choose between 3 available protein options: chicken, preserved meat, and assorted. The dish is always made to order and cooked over charcoal, but the 25 minutes you spend sitting idle will be well worth it when the meal is served. The combination of steamed rice, salted fish, Chinese sausage and protein is hearty and filling any time of the day, made more tantalizing by the distinct aroma of smoke and the contrasting texture in each bite, thanks to the rice rendered crispy at the bottom of the pot. Mix and enjoy.

Cap your meal off with a traditional Chinese dessert such as milk and egg pudding, herbal jelly, or glutinous rice porridge. These items and more can be found at Mei Heong Yuen Dessert, where they also serve Taiwanese shaved ice in a variety of flavours—21 of them according to the official website—guaranteed to cool you down after a day of walking around in the hot sun. The extensive menu also includes healthy, sugar-free Cantonese paste desserts such as almond paste, walnut paste, sesame paste, and peanut paste that are often a hit with folks from the older generation.

There’s much to taste in Singapore’s Chinatown, so don’t be afraid to follow your nose when you drop by the area. You’ll be sure to find a lot of hearty and delectable treats that will satisfy your cravings and keep you powered up for the next leg of your trip.