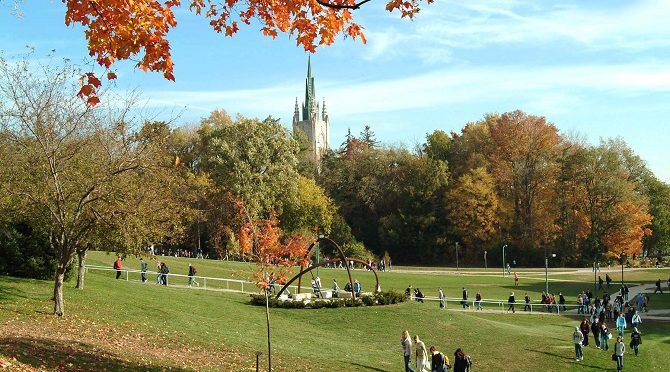 Our country is full of beautiful places, but residents of Washington State like to think that they got a bit more than their fair share. They have a point: Washington is blessed with places of remarkable natural beauty. Those areas include several areas that have been designated as National Parks: Mount Rainier National Park, Olympic National Park, and North Cascades National Park. Visitors to Washington should make a point of visiting these breathtaking spaces — and we’re here with the information you need to make the perfect trip to each of them.

A mobile device can make the experience more enjoyable and safer too.  There are many apps that can help you get the most out of your park visits by helping you access hiking maps, guides and ancillary services. Mapping apps can help you get from point A to point B as fast as possible or can help you find the scenic route. A cell phone can also be a savior in emergency situations. Check in with any of the AT&T Stores in Washington before you go to ensure your mobile device is all set.

Mount Rainier is a huge volcanic peak that rises in Western Washington. On a clear day, you can see the stunning mountain from all over the Puget Sound region — including Seattle, the state’s largest city. Easy to get to from Seattle and other nearby areas, Mount Rainier National Park can also get crowded, so be sure to get there early in order to have some space to yourself and so that you can find parking in high-traffic areas like the aptly-named Paradise.

Start your visit to Mount Rainier National Park at the Longmire Museum, which will introduce you to the park, its scenery, and its wildlife. Then take a drive on Highway 706 East, which climbs toward Paradise. The stretch approaching the Paradise area is called Paradise Road, and it’s one of the best scenic drives in the park. Paradise makes a wonderful viewing spot because it tends to get sun even when lower areas are shrouded in clouds and fog. Take in your view of the peak, and be sure to take a hike or two if you have the time!

Olympic National Park is a rainforest. Really! Though it may not be the hot jungle that you normally think of when you use that phrase, Olympic National Park is home to an honest-to-God rainforest, and the unique setting is one that you’ll never forget. Olympic National Park is actually made up of two separate tracts of land. One occupies the heart of the Olympic Peninsula, while the other runs along the Pacific Coast of the peninsula. Do some hiking and look at the cold peaks of the central portion, and leave time to drive along the coast. If you choose to hike along the coast, keep tides in mind — careless hikers will be stranded if they pick the wrong time to hike.

Because it’s a divided space, visiting Olympic National Park will involve driving around between the different parts of the park. Be sure to stop in beautiful little towns like Forks, where you can grab a bite to eat, find a place to lay your head, and browse the shops. There’s a vibrant economy surrounding Washington’s National Parks. Stop in and spend a dollar or two!

Somewhat less famous than Washington’s other parks, North Cascades National Park is no less stunning. It’s an outdoor paradise that is perfect for fans of camping, hiking, and outdoor sports. Large enough to find space in but near enough to Seattle and other populated areas for a quick jaunt, North Cascades National Park is full of untamed wilderness, stunning peaks, and huge glaciers. Take a drive on the North Cascades Highway over Washington Pass (the road’s highest point) and enjoy the breathtaking views. Don’t forget to take a hike or spend a night camping. This park is big enough to lose yourself in (just be sure to bring a map so that you don’t actually get lost)!